In the same way that Florida’s nickname “The Sunshine State” belies its six-month rainy season, so does Sunfest’s name paper over the fact that usually one of the festival’s five days is marred somewhat by bad weather. For the 2017 edition, that seemed to be  Day 2. Right as these headliners were scheduled to take the stage, an angry thunderstorm marched northward, looking as if a torrential downpour was imminent. So the festival management decided to push the start time back by 30 minutes to see if that would save everyone from a soaking.

But the weather of the Florida coast has a habit of being unpredictable, and what seemed destined to be a waterlogged evening turned out to have only a few sprinkles, as all the dark clouds had blown over by time the Californian sextet took to the stage.

The definition of the word “eclectic” could be illustrated by a picture of singer/songwriter Harper, as evidenced by the set-list for this show. The performance began with a reggae tune “Finding Our Way”, followed by “How Dark Is Gone”,  a song driven by a conga rhythm played by percussionist Leon Mobley with drummer Oliver Charles joining in. 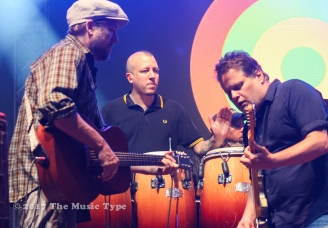 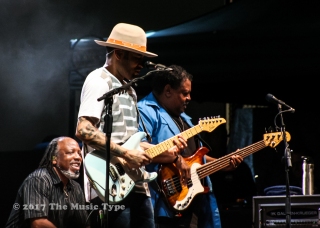 This was followed by “Welcome to the Cruel World”, a blues ballad that Ben performed on a lap-steel guitar, and “Fight for Your Mind”, a funky tune where Ben played his lap-steel through a wah-wah pedal. 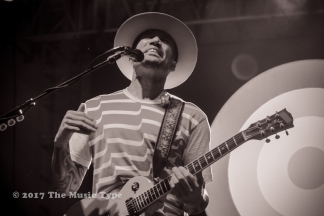 Ben’s best-known material was well represented in this set, including “Diamonds on the Inside”, a ballad from the 2003 album of the same name. The gently up-tempo “Steal My Kisses”, from 1999’s Burn To Shine, featured an a capella sing-along and a bass vocal, appropriately enough, from bass player Juan Nelson. Not surprisingly, “Burn One Down”, an ode to ganja smoking, got a big cheer from the audience.

The best showcase of the band’s instrumental abilities was an extended rendition of “Keep It Together (So I Can Fall Apart)”, featuring a series of solos by lead guitarist Jason Mozersky, keyboardist Jason Yates on a Hammond B3 organ, and finally by Ben on his lap-steel/wah-wah combo.

After concluding the set with the reggae tune “With My Own Two Hands”, Ben made a point of thanking by name everyone who worked in support of his show — engineers, roadies, even caterers. In all my years of going to concerts, it was easily the classiest thing I’ve ever witnessed, and a suitable post-script to a great performance. 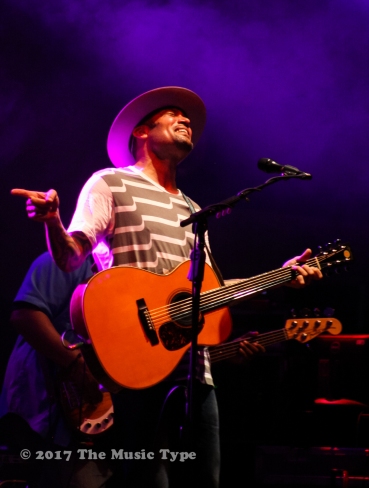