[Typist’s Notes: The calendar may have turned over to 2018, but I still want to get out the remaining reviews of concerts from Sunfest 2017, given that it is likely to be the last five-day version of this festival, since the organizing committee has already announced that the 2018 edition will start on a Thursday instead of Wednesday.]

The oldest son of reggae legend Bob Marley has played Sunfest before (in 2011) but this time his appearance comes just months after winning his seventh Reggae Grammy, for his 2016 self-titled album.

An artist with fewer releases would probably have built his performance around the award-winning album. But Ziggy’s set-list drew from all phases of his career, including the  song “Justice” which appeared on the album “One Bright Day”, made when Ziggy still recorded with his siblings in their group The Melody Makers.

This rendition of “Justice” included snippets of the Bob Marley & The Wailers songs “Get Up, Stand Up” and “War”, no doubt to complement the lyrical theme of Ziggy’s composition. Indeed, the anti-racist sentiment of “War” was greeted by loud cheers. Ziggy’s dad was also represented by covers of “Stir It Up” and “Positive Vibrations”, and also referenced in a call-and-response chant in “Reggae In My Head” (“What you say you got?” “Reggae in my head!) 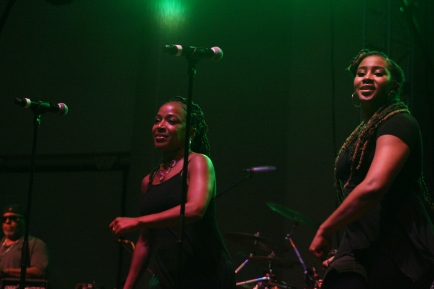 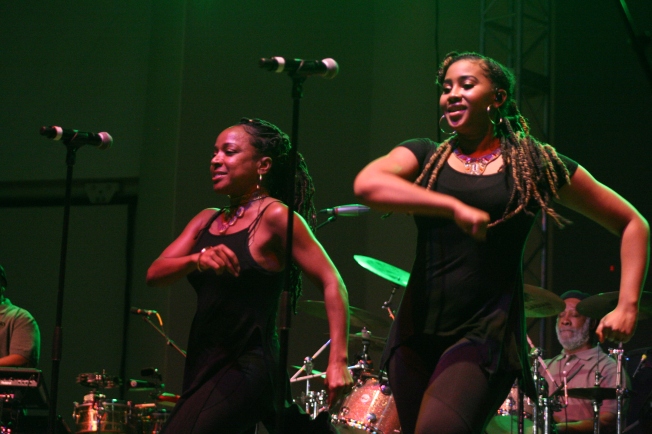 Tracks from Ziggy’s latest Grammy-winning album didn’t appear till late in the set, the first being “Butterflies.” Also, the final song of the set was “We Are The People”, and the vacation-themed “Weekend’s Long” was one of two songs in the encore, the other being “True To Myself” from 2003’s Dragonfly. 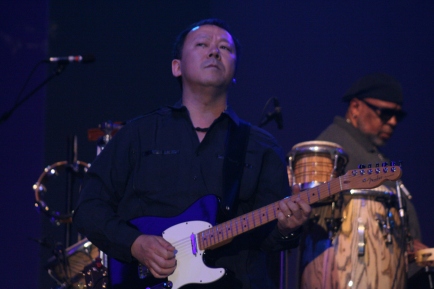 Other highlights of an excellent set were “Beach In Hawaii” and “Love Is My Religion”, with a slow acoustic ending. Another well-received Sunfest performance by the oldest of the Marley brothers.